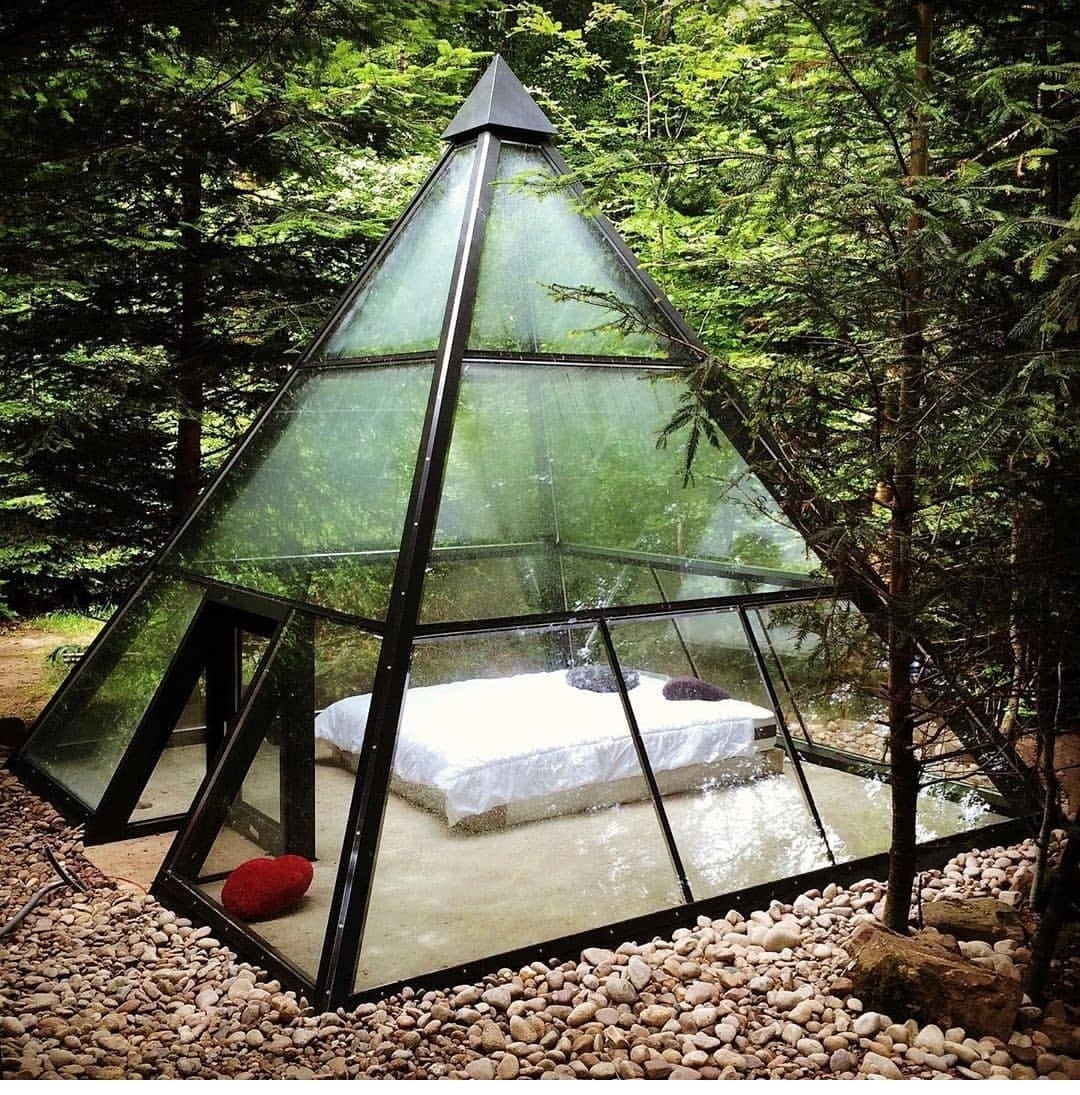 The experiences of meditating inside a Pyramid are remarkable.

A person meditating in a pyramid shows EEG (Electroencephalogram) patterns akin to that seen in people doing transcendental meditation.

People get a feeling of relaxation, clairvoyance, clairaudience and tranquility.

If they sleep in a pyramid, their sleep will be deep and they wake up refreshed; only few hours of sleep will give total relaxation.

If you read inside the pyramid, you can do it with greater concentration and understanding.

Agricultural experts showed that plant growth is enhanced by the electromagnetic phenomenon within the Pyramid.

Water placed in the pyramid has curative properties especially for chronic skin disorders.

Pyramid can put a break to the ageing process, as demonstrated in lower forms of life.

Women sleeping in pyramids get their periods regular and normal and stop.

Even grains of sand from certain places have positive therapeutic effects due to their pyramidal shape.

USA has shown that growth rate of plants increase by 15% when grown under pyramids.

The beneficial effects of pyramids have led to the construction of pyramidal schools, recreation halls and warehouses.

The Soviets in their pyramid Research Department of Leningard University are well ahead and have even instruments to measure pyramid power and they are on the brink of some exciting discoveries like negative ion green therapy.

The Pyramids help to increase crop yield by 3 times

It can cure mental ailments with minimal drugs, chronic skin diseases like Psoriasis.

It can help to give painless labour to the pregnant women.

It is proving to be the answer for cancer which is very favourably influenced even with minimum drugs.

It is the lasting cure for Bronchial Asthma, Eczema, and other allergic conditions

It is probably most effective in Hypertension, Ischemic heart diseases, and Degenerative diseases like Diabetic Osteoarthritis.

Certain environments are healthier than others and are famous for their relaxing air and curative properties because of the high concentration of negative ions there. Pyramids provide one such environment.

There are very many actions that negative ions have on our body:

(2) Increase vital capacity of lungs and the ciliary movement of the lining ciliary epithelium.

(3) Improve the functions of the hormones producing glands.

5) Reverse the effects of the positive ions.

Great Pyramid was a gift by thousands of workers, engineers, astronomers and architects. How had they lifted the huge square blocks to a height of 480 feet above the sea level without using cranes or ramps is a wonder. So perfectly they fixed one stone upon another that hardly could a paper be inserted in between them.

Scientist discovered that there is a close relationship between the external forces and the physical, chemical and biological changes, found inside a pyramid.

When kept in a room, a small pyramid, through the energy accured at the one third of it height, can purify the polluted air, kill germs and keep the dwellers sound and healthy.

Similarly, a pyramid placed on the office desk begets energy, dynamism and peace. In fact, the room is changed into a source of energy.

The NASA scientists in USA pointed out that the energy released from a pyramid is more powerful than the solar energy.

VASTU TRAINING LLP is an organization in giving consulting services to architects, interior designers and other vastu professionals regarding Vastu Shastra. We train not only Vastu Shastra professionals, but also offer consulting services to real clients in solving their real life problems related to health, wealth, business and relationships.
We deal in Jiten Pyramid Products as distributor.

VASTU TRAINING LLP is headed by Mr. Sanjiv Joshi and Dr. Giridhar S Shetty. Both the professionals have the decades of experience in the Vaastu field.